Today, it's the HP Omen X 2S - the 2S stands for two screens. And as soon as I saw this, I thought to myself this has to be a gimmick. Who would want a tiny little screen on their laptop? What are they gonna do with it? I ddin't think it was a good idea. But after using it for a while, I've completely changed my mind and I kind of hope more gaming laptops can incorporate it in some sort of way.

Now, the design itself is very clean, I like the black look. It's not overbearing like other gaming laptops, but it still shows that this is a gaming laptop. The HP Omen logo in the middle does light up, you can change it to any color you want. The entire chassis is aluminum, so it's a very premium built. I like the size of this thing, it's not too heavy. For a gaming laptop with this much power, it only weights 5.24 pounds. Now, the 2 screens is the big deal. And this is a very special situation because at first, I was like: "What I'm gonna do with this extra screen?" but then I would start gaming with it, start doing creative applications using this laptop and the second screen became a very good experience. Because I can be gaming and then on the bottom screen I could have Discord open, start typing to people, start talking to people while I game at the same time. If you're a Twitch streamer, you're gonna love this concept because you can be gaming with the normal display, and then on the bottom display you can have Twitch chat open, so you can see people's comments come in and respond to them without having to have a second monitor. The only thing I wish they did though was, the way they incorporated it. The Asus version, they have an Ergo hinge so the bottom lifts up a little bit which gives you a better view of the screen.

Because this laptop is really flat, I find myself having to look over a little bit to see the second screen. Now, obviously, if you don't like the second screen you can disable it, but I think it's useful. Because for example, let's say you're doing something and you want to move it away from the main screen. You just slap the little button over here and it brings the screen down. And you can do this with any application while you're working. The other thing to note is that because of this, they had to move the keyboard down. Now some of you are not gonna like. This is very similar to the way the Asus Zephyrus is set up. What happens is you end up with a trackpad on the right-hand side. It's a very good trackpad, it's accurate and it's using Windows precision drivers. It just sucks if you're a lefty, or if you wanted something bigger to work with. The downfall to this, is that if you use this laptop on your lap, it's not the most comfortable experience. 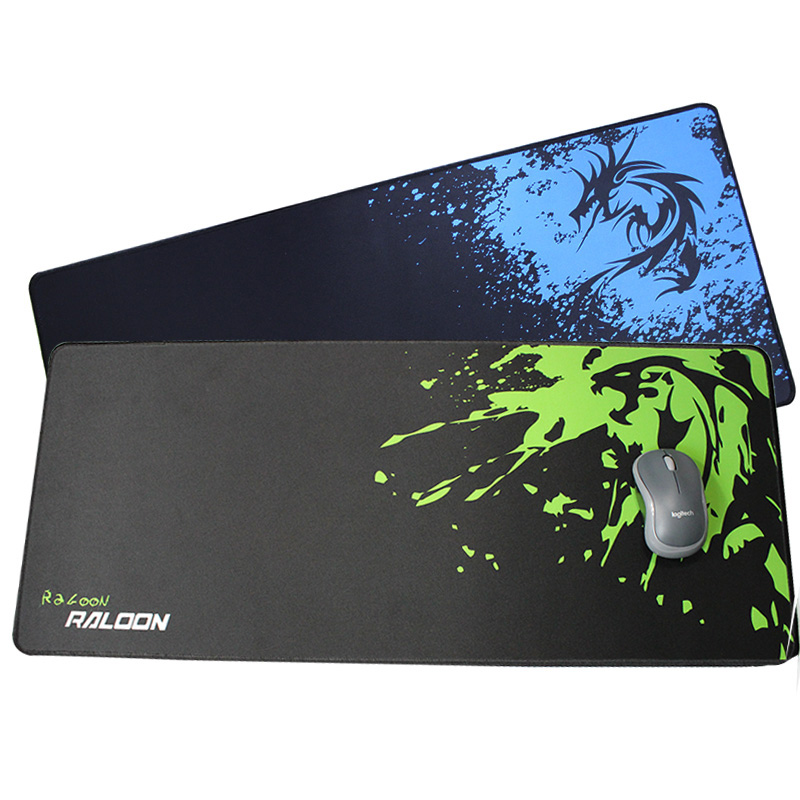 Now, if you do have it on the desk and you find the typing experience to be a little tiring, you can use the included wrist pad that comes in the box and this actually makes it a very comfortable experience. Now for ports on the left-hand side, we have a barrel connector - this is a 230-watt power supply, full-size HDMI, 2 USB 3.0 ports, full-size RJ45, and a headphone jack. On the right-hand side, we have another USB port and USB type-c, this is Thunderbolt C, Thunderbolt C, Thunderbolt 3. Now getting inside is really easy, like 6 screws and you're in, and there's a few things that you can upgrade. RAM is 2 slots, you can upgrade it to 64 gigabytes, I happen to have 32 gigabytes in here right now. You have two slots or M2 slots to place two drives. It automatically comes with one, this is a Western Digital Drive, it actually gets great read and write speeds. Not as fast as the Evo, but pretty fast overall. And if you need the extra space, you have a second slot in here that you can upgrade in the future. You have a Wi-Fi card that can be swapped out and you have a 72-watt hour battery. Now, battery life is not bad for this laptop. There's a lot of power in here, I'm getting about four hours of use before needing to charge. Just remember though, you are carrying around a 230-watt brick, so it's pretty thick. You have four heat pipes running across the middle of two fans on opposite ends. So, display is 15 inches, its IPS, it's full HD, has good color reproduction, so it's fine for gaming and even content creation.

The only thing that's a little bit different is the hinge system. On most gaming laptops they are on the left and right-hand side, so you get less screen flex but because these are in the middle, there is a bit more wobble than usual. Not a big deal because the whole mechanism is pretty stiff when you're opening and closing, just want to mention it. The other thing to note is the bottom panel. This is glass, so you're gonna be doing this a lot while you're using the laptop. What's on, what's off? The cam is at top but just like every gaming laptop it absolutely sucks. So, performance on this laptop is absolutely insane because my model is specked out with the i9-9880H CPU and an RTX 2080 MAX-Q GPU, but there are tons of other configurations you can choose from. Now in terms of graphic performance, this did a very good job, in fact, it came in second place just behind the Razor Blade Pro 17 in my Fire Strike benchmark test. In terms of gaming frame rates are absolutely fantastic. No issues with lag or dropped frames. Just overall a very solid experience. 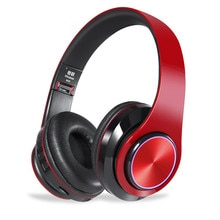 Now it does get a bit hot when you have the gaming profile selected. Like sometimes, it's hitting 90 Celsius while you're gaming. It's not fully boosting to 4.6 either or 4.8, but it is overall giving you good clock speeds. The only area that I have a bit of concern is when you're doing long tasks like Blender, or rendering a file. This thing does get a bit hot if the gaming profile is activated. Temperatures get to about 94 or 95 degrees Celsius even if I undervolts, it's still gets very very hot. The only way to keep the CPU cool is use the other two profiles which is Balanced, and I think the other ones called Quiet. That's when it cools down to under 80 degrees Celsius but you're significantly reducing the performance. Now, sound on this laptop is actually quite good. It doesn't get ridiculously loud, but it's nice and clear even though you're using two speakers on the bottom of the laptop. Now, if you're worried about fan noise, if you are gaming, it does get loud, it's not as loud as let's say the Asus Zephyrus which gets over like 60 decibels, but it does get pretty close to 60.

So, you're not gonna be gaming besides someone in class because they're probably gonna slap you in the head for making too much noise. So, here's the bottom line. The HP Omen X 2S, is HP's best gaming laptop. I love the build quality, design is exceptional, it's very fast, the performance is good, the second screen is actually useful especially if you stream, do creative work because you have that extra screen real estate, or even just need to use the calculator. The only area that it kind of suffers in is with heat management. Like, if you're pushing the CPUs consistently, it's gonna get a bit hot, especially if it's on the gaming profile. Now, my suggestion is if you're buying this strictly for gaming don't waste your money on the i9, get the i7 instead, you're not gonna see that much of a performance increase. But if you're a creator as well, you definitely want the two extra cores that the i9 offers. Anyways, that wraps up my review of the Omen X 2S. Let me know your thoughts in the comments below. Do you think a second screen on your laptop is useful or not? 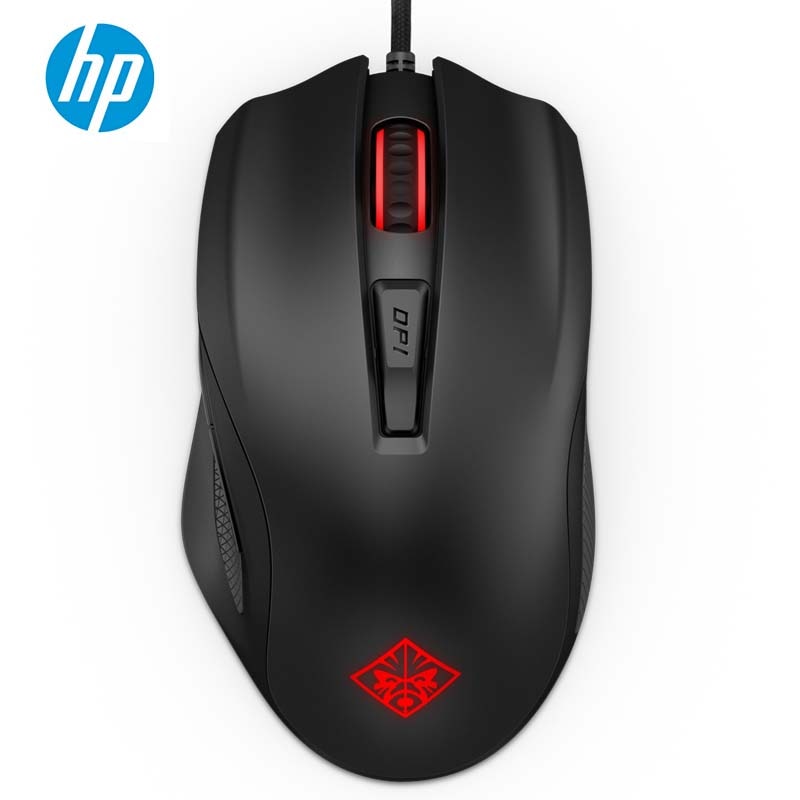 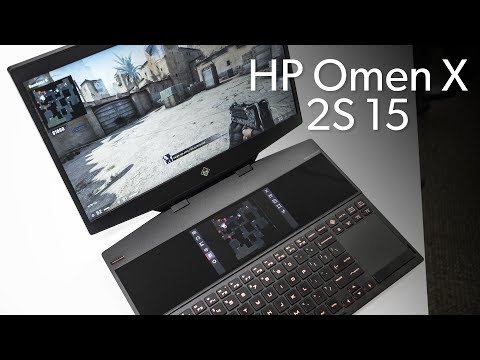 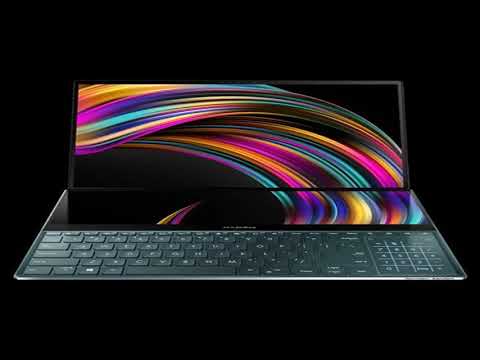