Why Is Android So Fragmented?

If you watched Apple’s recent Worldwide Developers Conference then you probably remember this graphic, which compared the install base of the latest version of iOS, to the latest version of Android’s OS. Both of which were released about six months ago. And as you can see, there is quite a big disparity. And in this video we’re going to find out why, in addition to discussing why iOS has never experienced this problem. This is Greg with Apple Explained, and if you want to help decide which topics I cover, make sure you’re subscribed and these voting polls will show up in your mobile activity feed. Now let’s start off by taking a closer look at the latest Android distribution chart which shows us the percentage of versions running on all active android devices.

Its latest release, pie, is installed on about 10% of devices. While Oreo, which has been out for almost two years, has the largest share, at 28%. Compare that to the iPhone, whose latest OS, iOS 12, is already installed on 85% of devices after just eight months. Now this isn’t the first time Apple has made this critique of Android. In fact, they bring it up almost every year when introducing a new version of iOS. But is it really a fair criticism? Well, I think there’s two sides to the story. And in order to understand both, we have to take a look at how the Android ecosystem is structured compare to the iPhone. Now Google is the company that develops Android. Similar to how Microsoft is the company that develops Windows. But these operating systems are open source, which means they’re licensed out to manufacturers for use on their own products. For example, Google licenses Android to Samsung, HTC, Motorola, and others, while also using it on their own Google Pixel line of smartphones. But iOS isn’t open source. Apple makes it exclusively available on their own hardware and doesn’t license it out to any other manufacture. Now these two different approaches to software represent two different business philosophies, both of which have strengths and weaknesses. Microsoft and Google would likely argue that licensing their operating systems allows them to reach more users, achieve higher marketshare, and make more money due to licensing fees from manufacturers. But Apple would argue that keeping control of the software and hardware is crucial to ensuring an optimized user experience. Not to mention Apple would effectively have a monopoly on iOS.

If users wanted a smartphone than ran iOS, they’d have to buy an iPhone. Which in turn makes Apple more money from hardware sales, and keeps users locked into their ecosystem.

But the most important thing to point out is that Apple only has to develop for the iPhone. Which makes things a lot easier compared to the world of Android, where there are literally thousands of different devices. And this stark difference has serious consequences. Because while Google is the company that develops Android, they aren’t responsible for pushing updates to the thousands of different Android devices on the market. Instead, that task is delegated to each individual manufacturer. And that’s why some Android devices receive updates sooner than others. Each manufacturer has to tweak any new Android updates to accommodate their own devices.

And that meant every time Google came out with a new Android update, Samsung had to port its iris scanning capabilities to each new version. And this is only one example of how each manufacturer has to customize Android to fit their devices needs. There are also custom skins and security patches that manufacturers create to try and differentiate their device and remedy any security risks that may pose a threat to their unique hardware.

So it’s clear that implementing Android on such a large variety of devices requires extra work from hardware manufacturers, but it also comes at a cost for users. Most Android devices only receive one or two updates from its manufacturer in its lifetime. And that’s a strange concept to iPhone users, who are used to receiving an update every year. But because of the time investment each update requires from manufacturers, they tend to drop support for older devices sooner in order to spend less time on tweaking Android for all of their devices and more time on selling hardware. Which is how they make money, after all.

And this is a big reason why Android’s install base is so fragmented. Many users would like to be on the latest version of Android, but their device’s manufacture is either taking a while to make the update available, or they’ve stopped pushing updates to their device altogether. Both of which leave the user in a tough situation. Continue using their phone with outdated software, or spend the money on a new phone that supports the latest version of Android. But there’s an even more important effect this fragmentation has on Android users, and that is performance. Because Google is forced to make a one-size-fits-all operating system, it’s impossible to optimize the software for the hardware it’s running one. Because again, there are thousands of different Android devices. So this results in smartphones with industry-leading specs, that fail to outperform an iPhone.

For example, despite the Galaxy S10 featuring more RAM, and more processing power on paper, the iPhone XS outperforms the Galaxy in real-world benchmark tests. And that’s in large part due to Apple having control over both hardware and software, allowing for incredible device optimization and efficiency. Now I should point out that while manufacturers are partly responsible for Androids fragmentation, smartphone carriers are also to blame.

Because in some circumstances, carriers require manufacturers to tweak the OS in order to add something like a custom boot animation, or even specific apps that turn out to be nothing but bloatware. But the even bigger problem is when carriers themselves have to approve Android updates before they’re pushed to users. And that approval process is known to be unnecessarily long. Now Google has taken some steps in recent years to make it faster for device manufacturers to to process Android updates and push them out to users, with something called Project Treble.

Now explaining Project Treble can become quite technical, but I’m going to try and keep it as simple and easy to understand as possible. So every time Android releases a new update, there are two stages of additional tweaks that need to happen. First, manufacturers have to wait on their chipset supplier, like Qualcomm, to tweak any part of the code related to their chip hardware. And only when they’re finished, can stage two begin. Where the manufacturer adds their own custom features and security tweaks to the update.

So what Project Treble would do is eliminate the need for stage one tweaks by the chip maker to be done every time a new update is released. Instead, that lower-level code would stand independent of everything else, and remain consistent with each following update without any additional tweaking.

Therefore taking one step out of the process of pushing updates to users. Now in terms of the real-world effect Project Treble is having, things aren’t looking as good as expected. Google anticipated Project Treble would shorten the update process by three months, but with Android Pie, manufacturers are only pushing out updates about one month earlier than usual. And while that is an improvement, it won’t be nearly enough to remedy Android’s growing fragmentation problem. And this can become a real long-term threat for Google. As they implement new features like VR or AR, which is expected to play a huge role in future technology, only a small minority of their users will have access to it. And for everyone else, they’ll have to buy a new device. While Apple is able to implement new features that reach the vast majority of active iOS devices on the market. But Android’s fragmentation negatively effects developers also. Trying to build apps for thousands of different devices and different versions of Android is a huge chore, and to be honest an impossible task. It’s part of the reason why Twitter had to release their own in-app emoji on Android, since the devices are using so many different versions of the operating system that users often weren’t seeing the same icons. It’s also worth pointing out that developers earn less money making apps for Android than iOS. So not only is it more time consuming and challenging to build apps for Android, but they payoff is smaller. And this is the type of thing Apples referring to when they say they care about being in control of the user experience. They want all apps to work as expected on the vast majority of their devices. They want building apps for iOS to be as easy and profitable for developers as possible, since that’ll result in more high quality apps for users to enjoy. They want users to have access all of the new features they advertise in their latest version of iOS, without hardware manufactures or phone carriers getting in the way and slowing the process down. They want the experience across their devices to be consistent, that way customers know exactly what to expect when buying an Apple product. And that’s a huge reason why customers love being in Apple’s ecosystem. Sure there are downsides as I mentioned before, but the majority of everyday people enjoy using products that are as seamless and straightforward as possible. And Apple has succeeded in delivering a user experience that isn’t burdened by problems that open source operating systems like Android face. Now that being said, I know many Android users don’t find fragmentation to be an issue. As long as they have access to the apps they need, they enjoy having a wide variety of Android devices to chose from. But I expect the issues surrounding fragmentation will grow as time goes on, and I think that’s why Google has been trying to find ways to solve it. Project Treble wasn’t as successful as expected, but I do have hope that Google will eventually find a way to get ahead of Android fragmentation and help manufactures to push updates quicker and support devices for more than a couple years. Alright guys thanks for watching and I’ll see you next time. .

Why Android Fragmented?
Trump says tech giants like Facebook, Google, and Amazon discriminate against him and colluded with
Google Pixel 4 - An iPhone 11 RIPOFF? 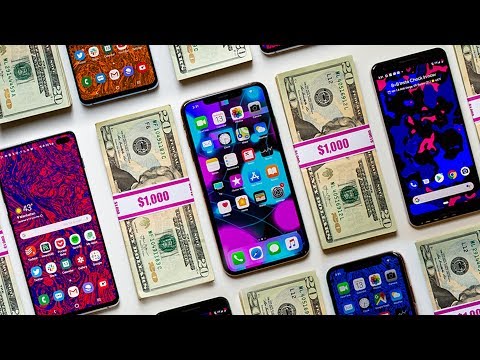 THIS is why your phone is so damn expensive 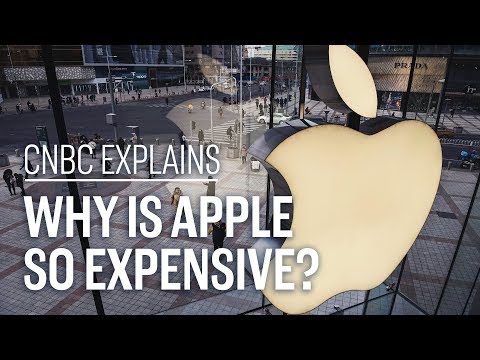 Why is Apple so expensive? | CNBC Explains 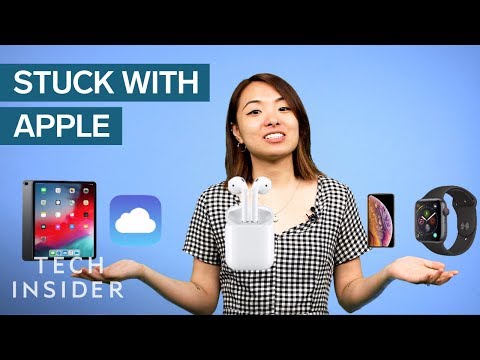 Why Is It So Hard To Switch From Apple to Android? | Untangled